We're performing LIVE for the first time since the pandemic began!
The Mix Vol. 2: Live at the Batey: written & performed by Eric Avilés & Arlene Chico-Lugo

Description:
In honor of our Taino ancestors, and re-emerging after the pandemic, we invite you to our Batey- a sacred space for celebrating life and connection with each other.  Arlene Chico-Lugo and Eric Aviles, the husband and wife dynamic duo, are back with another multidisciplinary performance. Bringing you a collection of short live sketches, music, and video....  Be entertained, be informed, be  present, be inspired. 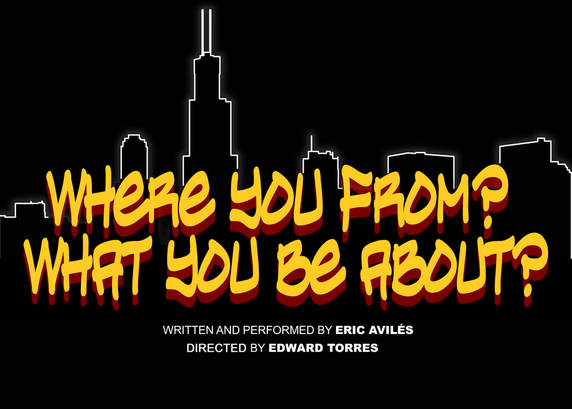 Where You From? What You Be About?
Written and Performed by Eric Avilés
Directed by Edward Torres 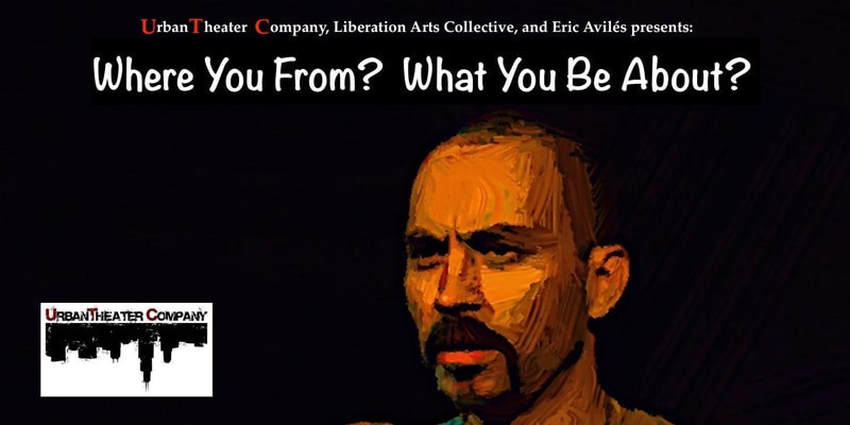 UrbanTheater Company, Liberation Arts Collective, and Eric Avilés presents a workshop of  "Where You From? What You Be About? "

"Where You From? What You Be About?" is an autobiographical solo play set in the historically Puerto Rican neighborhood of Humboldt Park Chicago. Seamlessly moving from past to present, “Where You From? What You Be About?” tells a story of how a man and his family reconcile the influences and subsequent death of a family member due to gun and gang violence. A cousin’s funeral becomes the catalyst for confronting a buried truth, for facing the effects of growing up surrounded by poverty, violence, and the need for healing. Using humor and drama this transformational journey is an interdisciplinary solo play that includes spoken word, video, and a live DJ. * Recommended for ages 12+ 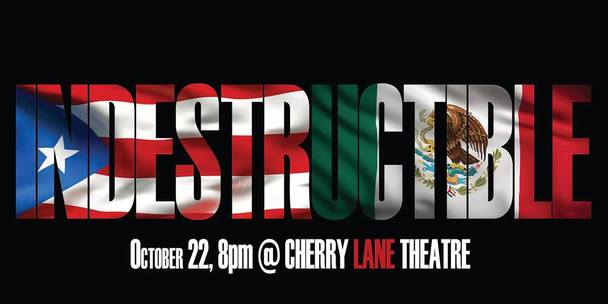 I will be performing with Liberation Arts Collective:  La Patria vs Uncle Sam to raise funds for relief efforts in Puerto Rico and Mexico.

Tickets are $50 and $25 standing room. Donations are welcome.

​Our buildings may crumble but our spirit is Indestructible.  Join us for a celebration of the Spirit of the People of Puerto Rico and Mexico. 100% of the ticket income and donations will go to NGO’s, local organizations directly working with the affected. We are in touch with several and the recipients will be chosen and publicized closer to the event. 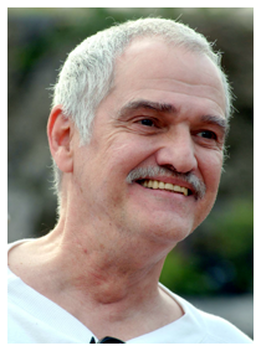 Join us to celebrate the life of Max Ferrá!

We are proud to present a reading series of plays, both old and new, to honor the life and legacy of Max Ferrá, founder and first Artistic Director of INTAR, who died on February 4th in Miami after a battle with pneumonia.

The series will consist of 8 full-length plays and 6 short plays by artists who have worked closely with INTAR and Max over the years.  The celebration begins Friday May 19th and culminates on May 25th with the reading of a new play and a community remembrance and acknowledgement of Max's extraordinary life and achievements.

HIS PASSION FOR BEAUTY:
A Reading Series in Celebration of Max Ferrá

*All events are free, open to the public, and will be held at INTAR THEATRE (500 West 52nd Street, corner of 10th Avenue).  Seating is limited.  To reserve a spot at any event, please email your request to: reservations@intartheatre.org

* AUDIENCES CAN ARRIVE AT ANY POINT BETWEEN 5PM & 10PM, AND COME AND GO AS THEY PLEASE.

ABOUT LIVING ALTAR
Living Altar is a multi-disciplinary performative celebration of the lives of individuals killed in conflict, whether military or civilian, and regardless of origin, gender, religion, status, or profession. Through a series of successive 30-minute performance pieces called Living Altars, casualties are given a name, a face, a story, and equal value. These altars will be based on information gathered through surveys completed by those close to the deceased. Living Altar aims to create a space for collective grief, and asks the difficult question: what is a life worth? 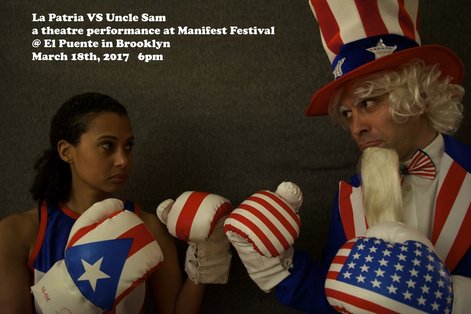 Looking forward to the Manifest Festival at El Puente on March 18th, 2017.

​Arlene Chico-Lugo and Eric Aviles of Liberation Arts Collective use a stylistic agitprop theatre to address the colonial relationship between the United States and Puerto Rico. It will be a match you don’t want to miss. Who will you cheer for? Uncle Sam or La Patria? Gain historical facts in this spectacular event. Co-starring Christin Eve Cato. Photo by Claudio Gaete.

I will be sitting on a panel discussion: ARTISTS TEACHING THEIR ART: A PANEL DISCUSSION ON THE INTERSECTION OF WORKING AS A PROFESSIONAL GENERATIVE ARTIST AND TEACHING ARTIST 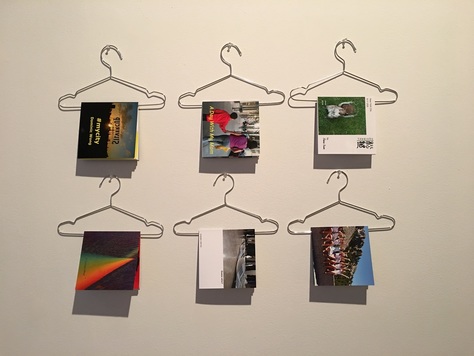 I will be performing excerpts of my solo play Where You From ? What You Be About? along with Arlene Chico-Lugo for the Opening Reception at Queens Museum.

Join the Queens Museum’s New New Yorkers Program to celebrate It’s About Us, an exhibition created by the participants in a wide range of workshops offered in 2016 including: Experimental Watercolor, Collective Storytelling, Photobook Storytelling, Drawing Sound, Basic Sculpture, Basic Digital Photography, Drawing Journal, Spanish for Mandarin Speakers, Advanced Silkscreen, and Design Thinking. These works reveal the diversity of  visions, cultures, concerns and artistic approaches of our immigrant adult community that proves their tenacity to improve their life and build a new and better future in spite of adversity.
During the opening reception there will be hands on artmaking workshops, video screening and performances led by New New Yorker participants. We welcome public of  all ages to join us and celebrate the diversity of our community. For more info. go to ......www.queensmuseum.org/events/its-about-us 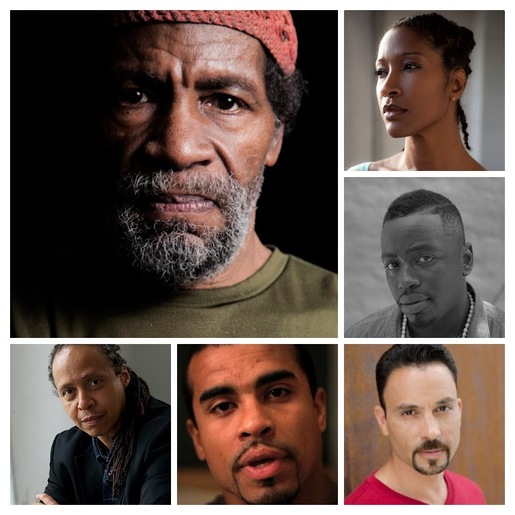 I will be performing an excerpt of my solo "Where You From? What You be About?"

Join us for this performance event featuring artists and activists who work in a variety of disciplines, with youth who are caught in the criminal justice system. The event will be moderated by social sculptor and art curator, Rasu Jilani and will feature renowned actress, poet, playwright, educator and advocate, Liza Jessie Peterson, who will read from her new book, All Day about her work with 16-17 year olds at Rikers. Esteemed Film Director, Writer and Founder of IMPACT Theater of Harlem, Jamal Joseph will
share selections from his book Panther Baby and screen scenes from his new film 'Chapter and Verse'; performances from Eric Aviles, Creative Capital Grantee, Shaun Leonardo and poet,  teacher and founding member of the legendary music and
spoken word group,The Last Poets, Abiodun Oyewole will join our special guest panel!


exalt and The New School invite you to participate in Arts Advocacy: Youth in the System
- a two-day symposium aimed at exploring the impact of sentencing young people in the criminal justice system. Our goal is to increase awareness of the need to Raise the Age of criminal responsibility in New York State, one of only 2 states in the country that continues to prosecute 16-year olds in adult courts. 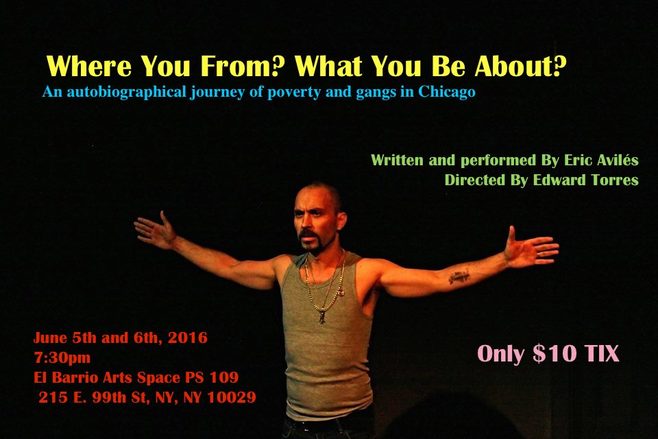 ​
​Several years ago my cousin was assassinated by a rival gang member in the streets of Chicago.  At his funeral I was confronted by my own past, my own past life in gangs.  I feel compelled to share my personal story Where You From? What You be About? with the intention of creating healing circles for youth and families who are effected by the increasing violence in Chicago.


This workshop performance will be the first time I materialize what’s been only on paper to the stage.

Directing Where You From? What You be About? is award winning director Edward Torres; a friend and mentor from Chi-Town who has directed for The Public, Second Stage, Steppenwolf, and Goodman to name a few.

DJ Jonathan Hogstad will be on stage spinning the one’s and two’s with video projections.
Lighting design by Abigail Hoke-Brady 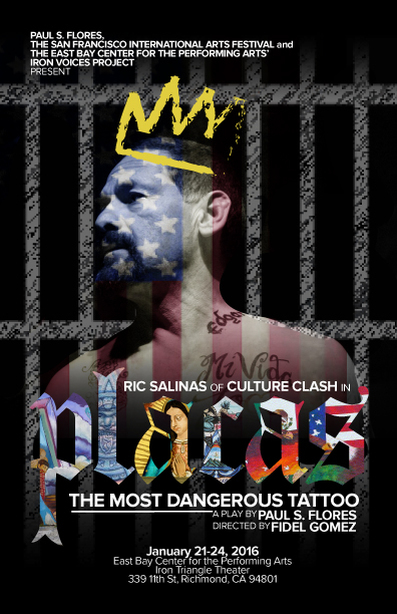 I will be performing in the California Tour of.....

Originally developed with Cornerstone Theatre’s artistic director Michael John Garcés, and with the 2016 production directed by Fidel Gomez, PLACAS (barrio slang for body tattoos) is a bilingual tale of fathers and sons, transformation and redemption that illuminates one man’s determination to reunite his family after surviving civil war in El Salvador, immigration, deportation, prison and street violence. PLACAS stars Ric Salinas a founding member of the critically acclaimed performance group CULTURE CLASH as Fausto “Placas” Carbajal, a Salvadoran immigrant who tries to reclaim his family while letting go of his gangbanger past.
PLACAS is written by acclaimed spoken word artist Paul Flores. Flores interviewed more than 100 gang members, parents and intervention workers in the Bay Area, Los Angeles and El Salvador to develop material for the script. Salinas’ role of Fausto is loosely based on the experiences of ex-gang member Alex Sanchez, founder of the Los Angeles based non-profit Homies Unidos. 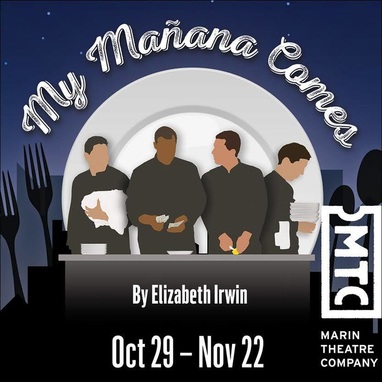 I will be acting in the Bay Area premiere of My Mañana Comes at Marin Theatre Company.

ABOUT:
Join four busboys at an uptown NYC restaurant as they learn the hard way how to deal with extreme pay cuts that jeopardize their plans, their dignity and their camaraderie.

The severity of the minimum wage crisis and rights for undocumented restaurant workers lie at the forefront of the Bay Area Premiere of Elizabeth Irwin's My Mañana Comes at Marin Theatre Company. As a 2013-14 Playwrights Realm Writing Fellow, Ms. Irwin debuted Mañana Off-Broadway last September at the Peter Jay Sharp Theater. Though Mañana is no fairy tale, it offers a fresh take on a story about four busboys' pursuit of the “American Dream” and a sociopolitical commentary on the solidarity of the working class.   For Info. and Tickets for My Mañana Comes go to: www.marintheatre.org

"An excellent Eric Avilés....Mañana is an enjoyable evening with some standout moments, particularly when Tubbs or Avilés’ eyes convey an inner struggle, all the more significant for being unspoken." --- San Francisco Chronicle http://www.sfgate.com/performance/article/Real-busboys-of-the-Upper-East-Side-6610343.php 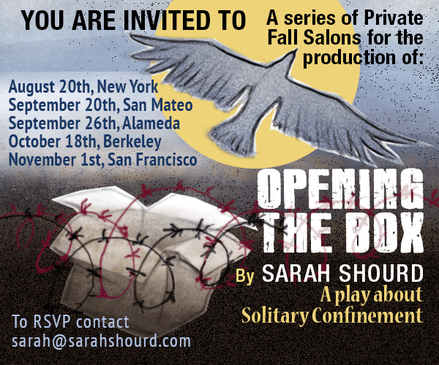 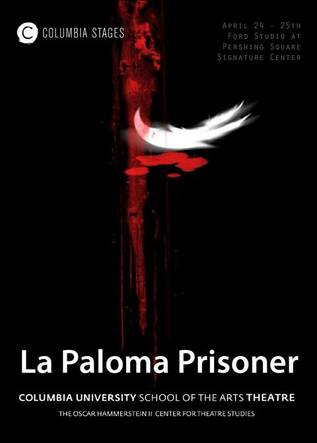 A New Play by Raquel Almazán
Directed by Charlotte Brathwaite


La Paloma Prisoner is a multi-disciplinary play about the reclamation of identity by incarcerated women in the Colombian prison system.  Based on the true story of a group of female inmates selected every year as beauty queen contestants at the Buen Pastor prison in Bogota, this new play interweaves the ritualistic journey of a “parade of prisoners” with Colombia’s social, political, and spiritual history.


FREE ADMISSION WITH RESERVATION AT LAPALOMAPRISONERTICKETS@GMAIL.COM

I WAS A PART OF THIS BEAUTIFUL GATHERING OF ARTISTS FOR A WHOLE MONTH!

I will be performing in the remounting of Maria's Circular Dance with Borderlands Theatre in the National Latino Theatre Festival: Encuentro in Los Angeles.   For information go to http://thelatc.org/upcoming-shows/marias-circle-dance/
October 17-26th, 2014 at Los Angeles Theatre Center.

The most significant gathering of Latina/o theatre artists comes to downtown’s historic core! This historic, month-long event is the first national theater festival to bring together:

• More than 19 theater companies
• 150 artists from the U.S. and Puerto Rico
• 17 works that explore the Latina/o experience on stage
• 2 Pulitzer Prize-winning works
• Stories of violence at the border
• Pressing immigration concerns
• The complexities of romantic relationships and families
• Various FREE events 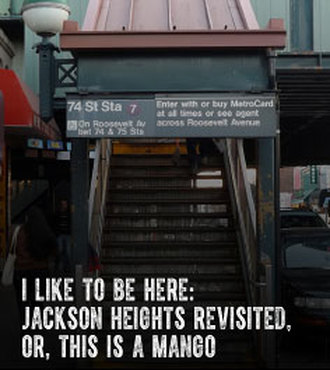 I LIKE TO BE HERE: JACKSON HEIGHTS REVISITED, OR, THIS IS A MANGO with Theatre 167 is part of the Village Theatre Festival 2014 "E Pluribus"
September 6th-27th, 2014
At New Ohio Theatre

I grew an awesome beard for the play and I'm hella funny too!
​ 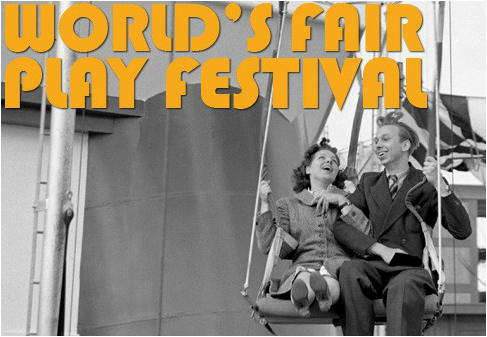 New York Times Theatre Pick!!!   Arlene Chico-Lugo and I get mentioned in the NYT Critic Review!!!

"That device works particularly well for Camilo Almonacid’s “After the Crowds,” a subtle two-hander featuring immigrant janitors from Colombia (Eric Aviles and Arlene Chico-Lugo) on cleanup duty in 1964. It is smartly broken up into three parts, and with each appearance the two deepen a portrait that by the end encompasses immigrants of all sorts in all times."
http://www.nytimes.com/2014/07/24/theater/worlds-fair-play-festival-at-the-queens-theater.html?_r=0

The THE WORLD’S FAIR PLAY FESTIVAL (WFPF) is a presentation of ten original ten-minute plays inspired by the 1939 and 1964 World’s Fairs.

The WFPF will celebrate the rich, vibrant history that continues to animate Flushing Meadows Corona Park, the borough of Queens, and more broadly – New York City.  The multiplicity of cultures and ideologies that were on display at the World’s Fairs and that populate Queens today will play an integral part in the WFPF.

​This production was with Queens Theatre and Theatre 167. 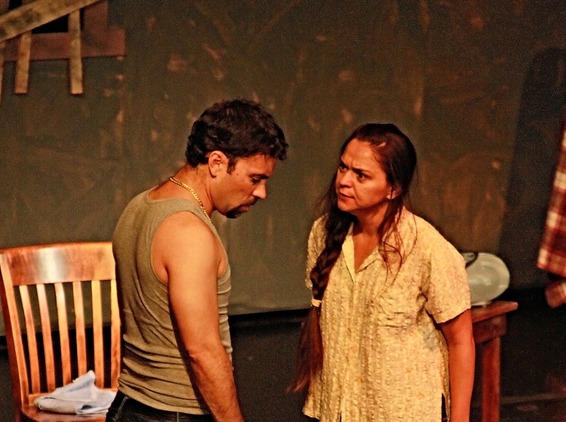 Will be performing in two original play in repertoire: